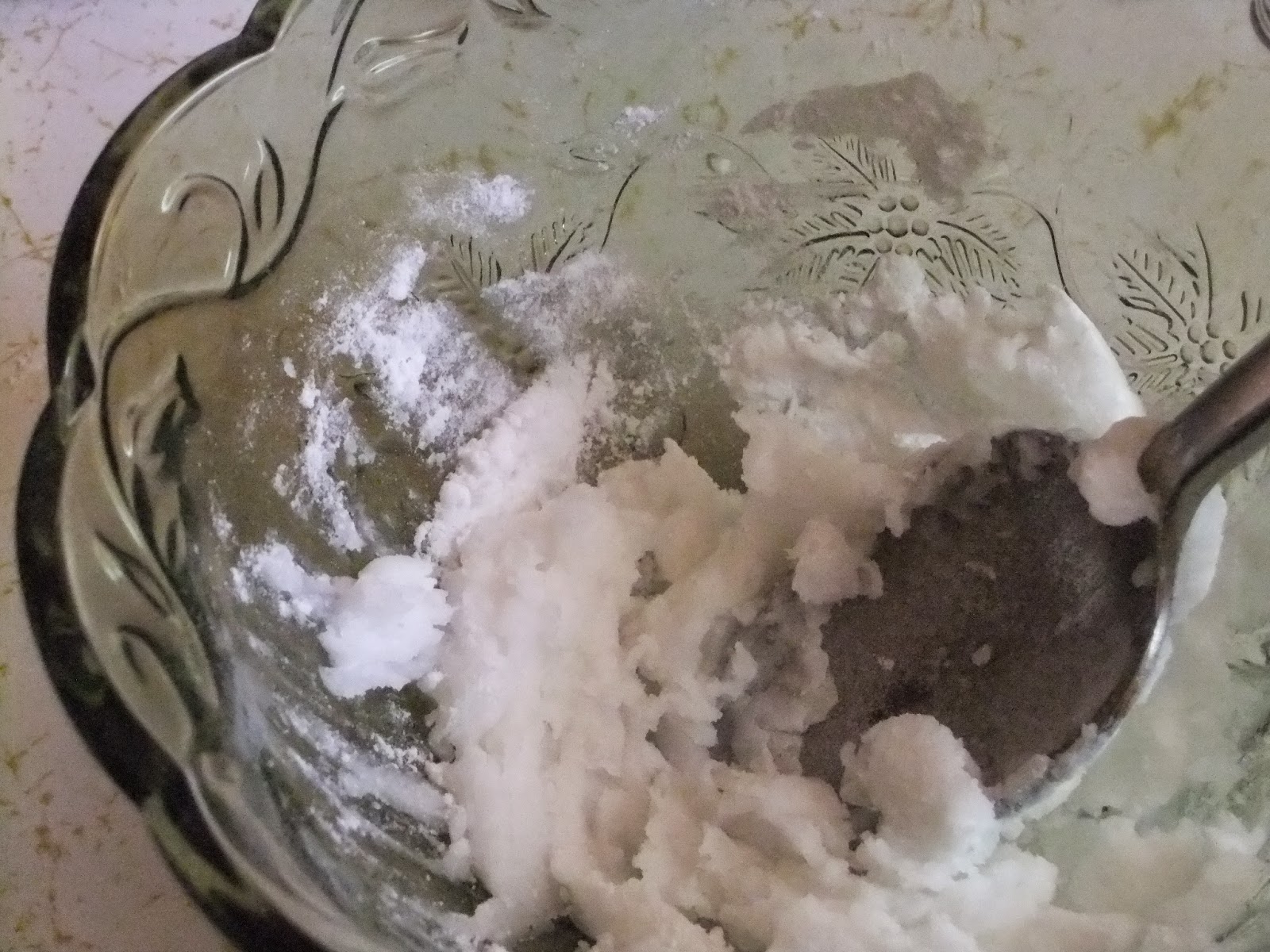 The recipe was seen on Facebook and I finally got around to trying it out.

Update, March 2016
I have been using the above homemade toothpaste for a long time, and did not connect it to my gums being quite often sore, achy, bleedy. I rinsed with salt water for relief, and it always worked, so I thought maybe bacteria in my mouth was the problem.
Then I read that baking soda is an abrasive and if used often to brush teeth, can make the gums irritated and inflamed.
So I stopped using it for several weeks. Suddenly I didn't even know my gums were there.
This morning I used the toothpaste again, and again my gums are sore.
So there you have it. This recipe is not for me.

I leave it here only so that if you're trying it, having found the recipe here or elsewhere, you'll make the connection if your gums start acting up. Using it once a week instead of daily might not cause any problems. Maybe less peppermint oil would be better too.
Posted by Stubblejumpers Café at 10:03 AM

Table of Contents by Date